Journey to the Title of My New Book

Before my second book was published, I was already working on subsequent books, including the one that would become my third book. I had thought it would be a book about mindset for lawyers. With that expectation, I had decided to run with the title, The Successful Lawyer Mindset. Of course, this is a total knockoff of Joanna Penn’s The Successful Author Mindset (which is a good book that you should definitely read).

Eventually, I decided my title was too narrow. I wanted to write not only about lawyers having an introspective mindset, but also about being appropriately minded toward their business and clients. But I didn’t think the title conveyed that.

Expanding the Scope of the Book

I then came up with a title that I was really excited about for a couple of weeks, Level Up Your Law Practice. I even wrote the introduction to the book with this title. Then I polled the title among the LawyerSmack community. It met with mostly indifferent results. The next day, a friend texted me. He said that the title was cliche and didn’t fit my brand. He didn’t mince words: “Do not use that title.” The search was on … again.

Over the next few weeks, I wrote down a dozen combinations of titles and subtitles. Here are some of them:

Then I had a breakthrough with the book itself. This was not a book just for lawyer. It was a book for people who have businesses that interface with customers and clients. It was particularly for professionals and other people in the service sector. That’s what my law practice is, and it’s what I know. So again, the title pivoted. The next round of working titles looked like this:

I knew from past experience that finding a good title is difficult, but this felt like it was starting to get ridiculous.

Focusing on my Intended Audience

Eventually, I reached out to my cover designer, who’s always had good advice for me. I asked what she thought about the title and expanding the scope of the work and its intended audience. Her response about the audience really struck a chord:

As for target audience, I don’t think your approach is misguided but it’s a gamble. You have a chance to build a body of work that over time will dominate your professional niche vs. trying to broaden your reach to compete in other niches and then end up not reaching anybody.

I had gotten so enthralled with the idea of writing one of those business books that hits it big and sells millions of copies, that I had lost sight of my bigger goals. I am a lawyer writing for lawyers. The tagline for my law blog is “Build a better law practice.”

Most of the non-fiction books that I still have in mind to write are for or about lawyers. Lawyers are my audience. Lawyers are the people on my mailing list. They are who I interact with on social media. They are my people.

And I was considering sacrificing that for my ambitions of grandeur and (unlikely) potential of millions of book sales. Ambition isn’t necessarily bad, but it should be measured.

Finally Landing on the Title of my New Book

So I’ve leaned in to Level Up Your Law Practice as the title of my new book. I’ve written an introduction that I really like. The introductions to each of the three parts of the book incorporates the theme. And the title has provided for some fun analogies in a book about improving your law practice by (1) having a mindset that drives you toward success, (2) sustainable and focused business practices, and (3) emphasizing client relationships.

It’s about time too that I’ve settled on a title for my new book. I’ve written about 75% of it and have in mind a May 2020 launch date.

How Having Kids Is Good for Your Fiction Writing 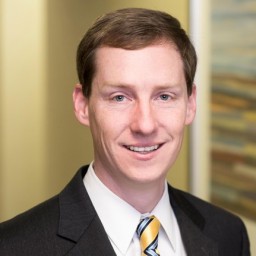